8 Activities Possible to Experience on Your Sikkim Tour 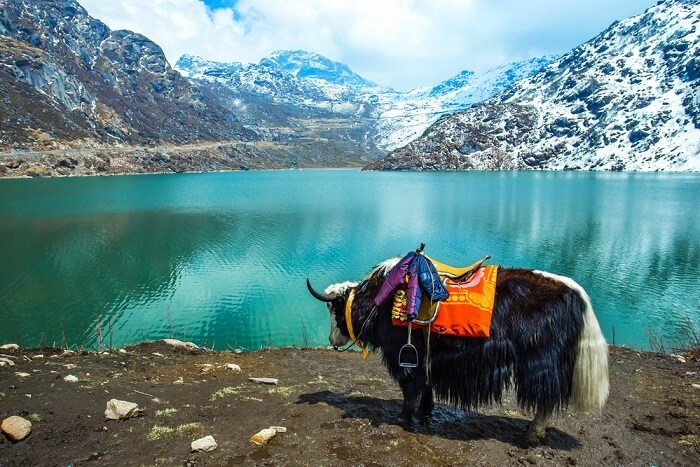 Sikkim is a small state in India famous for its biodiversity. The Eastern Himalayan kingdom is known as ‘the garden state’ for its variety of flora and fauna. A typical Sikkim tour package includes a high number of Buddhist Monasteries. Kanchenjunga is the highest peak in Sikkim. The calm environment and vividly colourful landscape of the state call for a Sikkim tour package.

Cable ride is a top thing to do on your Sikkim tour package. The cable car ride lets you witness the stunning views of the picturesque Gangtok from the highest point.

The Tsomgo Lake changes colour with changing seasons. The yaks are hired on rent and come decorated with colourful woollen items, bells and strings. The experience of a yak ride is unique.

Teesta is one of the best spots for Sikkim Tourism adventure activities. Avid and experienced rafters can only handle the grand rapids of the river. The riverbank of Teesta has thick green forests, green paddy fields, small villages, and scattered sandy beaches, perfect for a campsite.

Witness the incredible beauty of this land jetting above the hilly abodes, mighty mountains, and unbound greenery. Try paragliding during the annual Sikkim Paragliding Festival during October and November when the sky is bright and sunny.

So, when you have come for your Sikkim tour, you must bring home some souvenirs. There is no better place to shop than MG Road in Sikkim. Shop for Laughing Buddha, Dragons, New Year Lamp and even Tibetan dresses. Buy stunning local artefacts of Sikkim, handwoven blanket, carpet, wooden and bamboo items on your way back home.

Bird Watching in forests of Kewzing:

The dense forests of Kewzing accommodate a total of 200 species of birds. The Maenam Wildlife Sanctuary is famous for housing Satyr Tragopan—a rare species found in Eastern Himalaya.

Mountain Biking from Gangtok to Rangpo:

If you want to ride through the rugged trails of the Himalaya, the Gangtok-Rangpo route is for you. The countryside, lifestyle of locals and flora and fauna of the landscape is best experienced riding on a bike through hills.

Caving in the North Lha-RI-nying Phu:

Also known as Old Caves of God’s Hill, the cave is one of the holiest caves in the state. By caving here, you can see the interiors of Himalaya.