5 Most Legendary Temples in Chennai for a Spiritual Fix 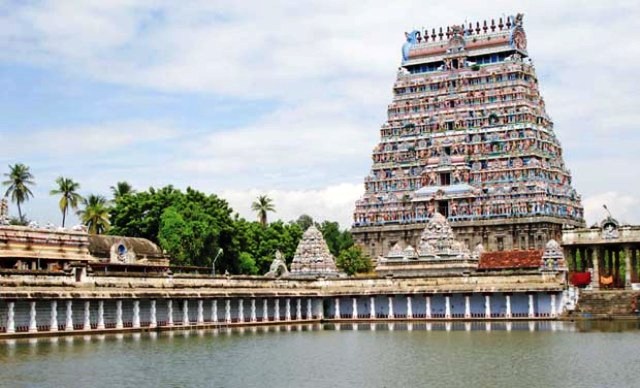 From the Himalayas to Kanyakumari, India is regarded as the land of spirituality where one can find inner peace. Tamil Nadu, praised in scriptures and defied by shrines, is the manifestation of the divine in many respects. These sacred sites, in addition to being timeless architectural marvels, reverberate with cosmic energy that draws visitors from all over the world.

According to one estimate, there are 309 temples sprinkled across Chennai. People come from distant places to pay obeisance and seek blessings. If you are flying to Chennai on a pilgrimage, you can conveniently do flight check-in on your mobile and confirm your flight schedule.

Here is a look at some of the most revered temples in Chennai for you to visit.

Located in Chennai’s Mylapore area, this temple is dedicated to Lord Shiva and Goddess Parvathi. The temple’s stunningly beautiful design is based on Dravidian style architecture, with wooden carvings, decorated pillars, and a Gopura at the entrance. One of Chennai’s ancient temple, Kapaleeshwarar, draws visitors in large numbers who come to seek solace at the place. Tourists taking a domestic flight to Chennai can do online flight check-in for a comfortable flying experience.

The Parthasarathy temple, dedicated to Lord Krishna, was constructed in the eighth century. All of Lord Vishnu’s incarnations are fervently worshipped here. Via inscriptions, murals, and sculptures, the temple architecture portrays the great battle of Kurukshetra. It is one of Chennai’s oldest and most famous temples and a must-visit place for people on a spiritual journey.

The temple, dedicated to Lord Murugan or Kartikeya, is one of the most revered sites in Chennai that is thronged by devotees. The temple’s gates are embellished with stucco art depicting several legends from Kartikeya’s life as stated in the ancient text Skanda Purana. The serene environment of the place is ideal for meditation.

The temple premises, dedicated to Lord Shiva, are situated in Tiruvottiyur. This is one of Chennai’s largest and most well-known temples, spanning 33 acres of land. The temple has four gateway towers known as gopuras, as well as shrines dedicated to various deities. Another interesting aspect is that pilgrims take out the temple chariot every year on the occasion of the Tiruvarur chariot festival.

It’s worth noting that, despite being a cosmopolitan city, Chennai has kept its spiritual and cultural roots intact. Religion plays an important part in the lives of city residents. After visiting temples in Chennai, a tourist can web check-in in advance before departure time.