Grassroots Efforts To Protect Wild Animals: What Are They, And How Can You Help? 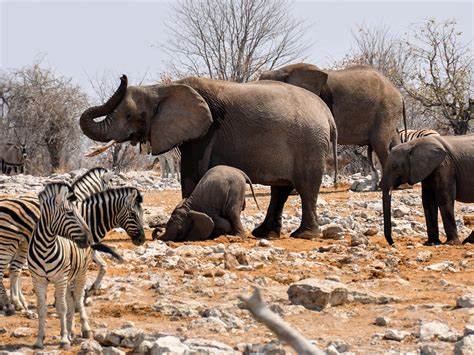 Nature works in a fine balance, and endangering one end of it often disrupts the other. Hearteningly, several organisations based in the UK and around the world have been working diligently to protect wild animals and in turn, save the environment from the perils of deforestation, human progress and hunting.

The most important grassroots efforts to protect wild animals

While there are umpteen organisations and trusts around the world working tirelessly to conserve natural environments and help precious wildlife coexist peacefully with human development, several operate out of the UK and are instrumental in making a significant difference to the cause. Many of these efforts are helping wildlife being protected from practices like hunting, poaching and rehoming.

One of the most important contributors to the cause of wildlife conservation is the IUCN (International Union for Conservation of Nature) which takes a holistic approach to finding solutions for humans and animals to co-exist without conflict. It works with 221 States and Government agencies to protect the environment, partners closely with indigenous people in affected regions, and constantly assesses the state of natural resources in the world with the help of over 18,000 empanelled global experts.

Meanwhile, India has had several successful grassroots movements to protect wildlife and the environment, and several of the legislations made as a result of these movements are still in force. The most prominent ones are the Chipko Movement (1973) to protect trees in the Himalayan slopes from being cut, the Save Silent Valley Movement (1978) and the Jungle Bachao Andolan (1982) to eliminate deforestation, among others. Today, the Narmada Bachao Andolan is one of the longest-running grassroots movement in the country’s history.

In Kenya, the Mikoko Pamoja organisation works towards creating a holistic development model with community involvement. It has created the first mangrove carbon credit market in the country and the world, which helps people pay for credits to restore mangroves. This movement has saved over 117 hectares of mangroves in the region, resulting in better soil and water conditions and protection against floods.

In Indonesia, Planet Indonesia works on a multi-pronged approach to promote entrepreneurship with sustainable initiatives. The network is both a conservation network and business group that empowers women and involves the community from 50 villages to protect land rights, curtail wildlife trafficking, restore cut forests, etc. Their efforts are aimed at conserving forests to conserve wildlife as well as the economy at large.

What you can do to help protect wildlife in your country

However, the onus of protecting wild animals and varied biodiversity around the world is on all of us. In our own small way, we can do a lot to supplement the efforts of grassroots organisations in their bid to protect the world’s natural resources, animal and bird cover, and combat climate change.

* Set aside some land, even a small patch of earth, for wildlife. Plant a garden, or leave a patch of weeds, dig a pond that provides drinking water for birds and attracts frogs and dragonflies, install bird feeders and wooden nests in trees.

* Do not use chemical cleaners or bleach while doing the dishes or your laundry. These land up in the oceans and disturb marine ecology. Switch to plant-based products that are easily dissolved and do not leave harmful residues.

* Use compost and natural manure instead of chemical fertilisers and pesticides in your garden or farm. You can also partner with local organisations to help the cause of environment and wildlife protection.