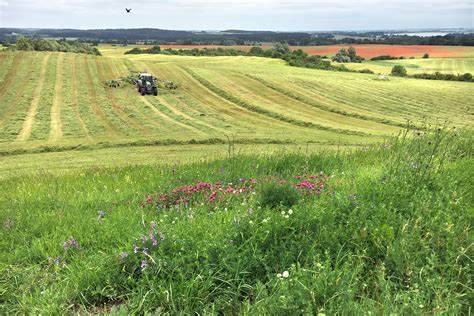 Declining biodiversity is one of the most pressing environmental issues of our time. Biodiversity loss has serious consequences for human society, including the collapse of entire species, the decline of animal and plant populations, and a general decline in ecosystem services such as clean air and water. The causes of declining biodiversity are complex, with many factors playing a role. In this article, we will explore some of the major reasons why biodiversity is declining and what you can do to help reverse this trend.

Habitat loss is the main cause of declining biodiversity. This is due to the fact that biodiversity is reliant on the environment for survival. As human activities, like agriculture, urbanization, and pollution, continue to deplete biodiversity, species become more vulnerable to extinction. Other factors that contribute to habitat loss include deforestation, urban sprawl, invasive species, and habitat fragmentation. The most common form of habitat loss is deforestation. Deforestation is the clearance of forests, or woodland, to create new land, or to expand existing land. Deforestation is one of the most significant contributors to declining biodiversity. This is because forests are home to many species, including plants, animals, and insects. Forests are also extremely important ecosystems that provide a number of ecosystem services, like clean water and air, biodiversity regulation, and climate regulation. Forests play an important role in regulating our climate. They provide a “cooling effect” by absorbing heat from the Earth, slowing down the rate at which the Earth heats up. Forests also play an important role in regulating water cycles by providing water during rain and snow so that rivers can run.

Overexploitation: The second most common cause of declining biodiversity

Humans have a long history of overexploiting natural resources, like fish, timber, and minerals. The decline of biodiversity can be partly attributed to the depletion of natural resources, including fish stocks and forests. Resource overexploitation is a serious problem, as it contributes to habitat loss and species extinction. This is because many species are dependent on certain resources, such as trees that provide food, clean water, and wood for building. When these resources are overharvested, species are threatened with extinction. Resource overexploitation is most commonly seen in fisheries, where overexploited fish species are killed and thrown back into the water. Overharvesting of forests is also common, as the trees are used for further construction or burned to clear land for agriculture.

Climate Change: The third most common cause of declining biodiversity

The effects of climate change are already being observed, causing species to move their ranges poleward and others to die out. Climate change is a major contributor to the decline of biodiversity, as it causes habitat loss, resource overexploitation, and species extinction. Scientists estimate that if global warming is not slowed down, we will lose about two-thirds of all plant and animal species by 2100. This will be due to both direct and indirect effects of climate change. As the climate changes, many species will be unable to move their ranges to keep up with their requirements for water availability, food, shelter, and breeding areas. This will cause species to go extinct.

human activities: Why more efforts are needed to protect our natural resources

Human activities are partially to blame for the declining biodiversity. This is due to the fact that humans have transformed the environment through our activities, like deforestation and pollution. The majority of the impact is seen in the loss of biodiversity. Human activities have been responsible for the loss of habitats, the degradation of forests and freshwater ecosystems, the overexploitation of natural resources, and the introduction of invasive species. Habitat loss is the most common human impact on biodiversity. When humans transform their habitats, they may cause species loss by eliminating natural areas. Forests are often cleared for agricultural land, allowing invasive species such as exotic grasses and weeds to take over. Freshwater systems are often overdeveloped for human use, causing the flow to decrease.

Biodiversity is essential to the health of our ecosystems and is crucial for human survival. However, the rate at which we are losing biodiversity is a cause for serious concern. The main contributors to the loss of biodiversity are habitat loss, resource overexploitation, climate change, and invasive species. Human activities play a small role in the decline of biodiversity, as compared to natural factors. As a result, we can reverse this trend and protect our natural resources by reducing the rate of habitat loss, resource overexploitation, and climate change.