How to treat ruptured eardrum? 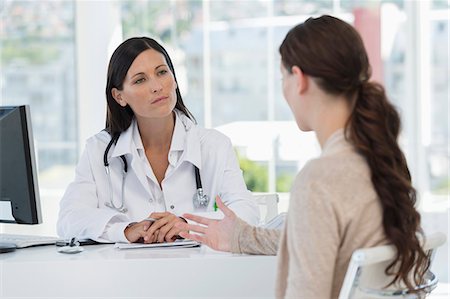 A ruptured is also referred to as the tympanic membrane perforation in medical terms. It is a condition when there is a hole or a tear in the skin-like tissue that divides the ear canal and the middle eardrum. The eardrum is an important part of the ear that receives vibrations of sound to facilitate hearing. A ruptured eardrum results in hearing impairment and makes the middle ear prone to injuries and infections. It is very common among children.

The causes of a ruptured eardrum

Symptoms of a ruptured eardrum

In general conditions, a ruptured eardrum is caused due to infection in the middle eardrum. The infection leads to the development of a fluid behind the eardrum resulting in pain, swelling and discomfort. The flowing fluid creates a small hole in the eardrum allowing the puss like fluid to flow from the ear. This often results in temporary hearing impairment and also causes bleeding from the ear in some cases.

In normal conditions, no treatment is required to cure a ruptured eardrum because in most of the cases the ruptured eardrum heals naturally within a three month period. There are various ent specialist in Chennai and across India and general physicians who may prescribe some antibiotics that might be an eardrop or some oral pills. If there is a situation of acute pain doctors me recommend few painkillers. If situations persist the specialist might place a patch above the eardrum. A surgery is also recommended in severe cases when the hole is large or the damage is due to acute infections. The procedure takes almost a few hours and a piece of the patient’s own tissue is attached to the ruptured area to rebuild the eardrum. It is recommended to keep the eardrum dry while the healing process. It is also recommended to put on shower caps or cotton coated with petroleum jelly in the outer ear while taking shower, to avoid water penetration into the ear. One should also avoid swimming and diving during the healing course. It is advised not to blow the nose while the healing. Ears should be protected from cold air and medicines should be taken on time as prescribed by the doctor for a rapid recovery.

The most important point one should keep in mind is to avoid putting any sharp and pointed object into the ear for itching or cleaning purposes. In situations of a foreign object inside the ear canal, one should consult a doctor to get it removed rather than attempting to remove by one’s own self.

The ear is one of the delicate organs in the human body and one must take proper care and consult one of the best ENT specialists (Ear Nose and Throat specialist) for a proper treatment in cases of injuries. There is various ent specialist in Chennai and all over the country offering diagnostics and therapeutic services to patients with ruptured eardrum or hearing impairment.