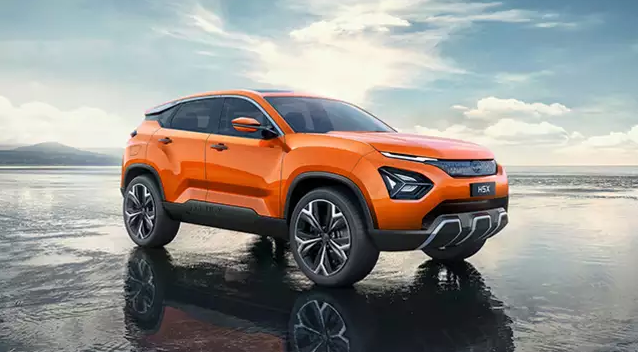 The much-awaited Tata Harrier has been finally launched in India at a starting price of ₹ 12.69 lakh (ex-showroom, Delhi). Looking at the captivating looks and long features list, we can safely say that it is bound to give its rivals a stiff competition. The design has been one of the talking points about the Harrier right form the 2018 Auto Expo where it was shown as the H5X concept. The good thing is that the production version stands true to the concept to quite an extent and that definitely has drawn enough eyeballs leading to some big booking numbers. The all-new Tata car is under a long waiting period of three months as Tata Motors has received enough bookings for the Harrier and is overwhelmed by customers’ response.

A huge edge for the Tata Harrier comes from the OMEGA Platform on which it is based. The OMEGA platform is derived from Land Rover’s D8 platform, which underpinned the Freelander 2 and was modified for the Discovery Sport. Besides that, the Harrier also debuts Tata’s new IMPACT 2.0 design philosophy and stands true to the H5X concept which was unveiled at the 2018 Auto Expo. The Harrier is not only larger in dimensions than its key rivals- the Nissan Kicks and Hyundai Creta, but also has the largest footprint in its segment.

The first thing which is an instant takeaway for the Harrier is the design.  The Tata Harrier is an urban SUV and the design justifies that to its best. Up front, it looks butch having a high hood-line and housing a wide grille with LED Daytime running lamps at corners and the projector headlamps have been positioned just below them. The side profile of the Harrier too looks flamboyant thanks to the exaggerated wheel arches and bold claddings and the rear profile complements the overall design with embodying sharp creases on the tailgate as well as the taillamps along with bold elements such as wide claddings.

The Tata Harrier is equipped with segment standard features on the outside as well as on the inside. The list of features is never ending given to its LED Daytime Running Lights (DRLs), HID Xenon headlamps, height-adjustable driver’s seat and keyless entry are standard from the base XE variant while the top-end XZ variant is equipped with terrain drive modes, auto climate control, engine start-stop, 8.8-inch touchscreen infotainment system which supports smartphone connectivity and is linked to JBL sourced surround sound system with nine speakers and an amplifier, logo projection on the outer mirrors and more. Moreover, safety features like dual airbags and ABS with EBD are standard across variants while the top-end variant also gets features like electronic stability control (ESC), mitigation control, hill assist and brake assist.

The Tata Harrier has been launched in India at a starting price of ₹ 12.69 lakh for the base XE variant which goes all the way up to ₹ 16.25 lakh for the top-end XZ variant. Tata will be offering the Harrier in India in four variants.